The Power of Landscape 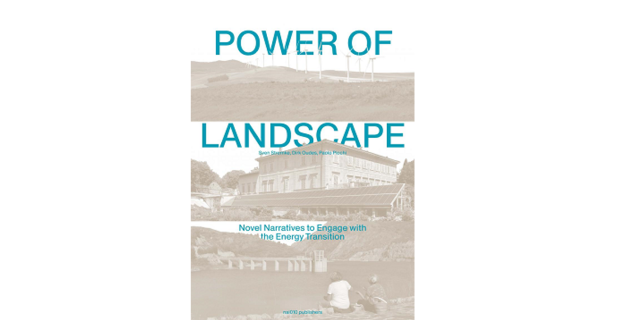 Novel Narratives to Engage with the Energy Transition

The transition to a post-carbon future is in full swing. Across the globe, fossil fuels are giving way to renewable sources of energy, bringing energy provision closer to our homes than we were used to. The development of new energy landscapes, based on techno-economic choices, often meets with resistance. Is there a better way to bridge the growing gap between urgency and action? What if energy transition is not about technologies? What if, instead, it is one of the driving forces behind a changing living environment, the places where we live, work and recreate?

The Power of Landscape explores various energy landscapes in Europe and the US in the past, present and future. The starting point of the book is the meaning that the landscape holds in terms of quality and emotion for its inhabitants and other landscape users. In doing so, it builds a bridge between the world of renewable energy and our living environment for the first time. The book offers a surprising perspective on how landscape can play a more central role in realizing the energy transition in a way that is both sustainable and attractive.

The core of the book is the research into the power of landscapes and the ingredients for the new narrative for energy transition at the Academy of Architecture in Amsterdam by Sven Stremke, Dirk Oudes and Paolo Picchi. The power of landscape is further elaborated in essays from several international experts from the world of energy transition and spatial design. With contributions from Andrea Carolina Cardoso and Emma Banks, Robert Ferry and Elizabeth Monian, Dan van der Horst, Jolanda de Jong, Jannemarie de Jonge, Martin J. Pasqualetti, Kate Sherren and Lara Voerman.