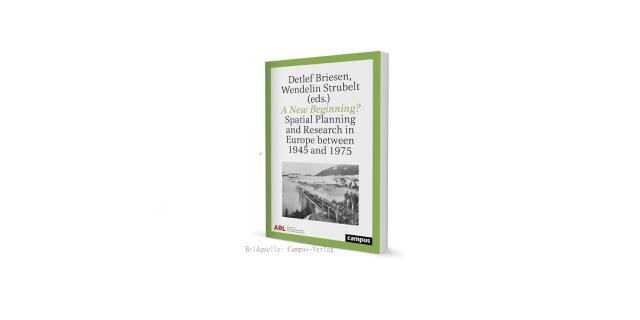 Spatial planning is typically European in its attempt to shape the development of societies by ordering their territories. It emerged in the 19th century: from colonial settlement plans and conquest projects, urban reform and conservative or even fascist fantasies of order. Bearing this legacy and further burdened by the Soviet planned economy, spatial planning entered a new epoch after 1945.

Since then, the attempt has been to find a role for spatial planning in the reconstruction of Europe, along the path into modern society, mass democracy and mass prosperity. Therefore, parallel to social changes between 1945 and 1975, reform of spatial planning began from Spain to Germany and from the Netherlands to Italy.

Wendelin Strubelt and Detlef Briesen designed the conference. The idea for this conference goes back to an earlier ARL conference on spatial planning and research in West Germany after 1945, held in Bonn in 2014 and which was followed by the anthology “Raumplanung nach 1945. Kontinuitäten und Neuanfänge in der Bundesrepublik Deutschland“.

One important result was that the development in the Federal Republic requires the systematic inclusion of the European perspective. This insight was the guiding idea of the publication "A New Beginning? Spatial Planning and Research in Europe between 1945 and 1975" which the editors, Detlef Briesen and Wendelin Strubelt, now would like to discuss with the authors and a wider audience at the conference now taking place.

There is no conference fee. However, registration is required. Please send an e-mail with your name and address to conference-berlin@arl-net.de until September 22, 2022.

The conference language is English.